Posted by onesmartcookie at 6:14 AM No comments:

I stepped on the scale tonight and am told I'm down 11 pounds. I'm dumbfounded. Is the scale broken?

No miracle coffee, no pills, no potions. I am simply eating food and making better choices. I'm not starving myself. I'm consuming veggies, lean meat and grains are minimal.

I am not hoping for perfection but for the first time in my life I am eating to live and not live to eat!


Posted by onesmartcookie at 6:02 PM No comments:

The Weight Is Falling Off Me

i started my plan on Saturday afternoon and here we are at Wednesday. I stepped on the scale and I am down 8 pounds! I’m ecstatic, confused and shocked! Weight has never come off like this for me. I’ve made a list of changes I’ve done.

I’m curious to see what the scale will show after the first week. Stay tuned.
Posted by onesmartcookie at 9:03 PM No comments:

How did that happen?

Sometimes life has a way of creeping up on you and you suddenly give your head a shake. As Homer Simpson would say I had my  "D'oh!" moment.

This past Saturday afternoon and I was binge festing on The Walking Dead in preparation for the season premiere. Popcorn in hand was a bowl of theater size in my lap and pajamas I realized that this bowl of popcorn was all I had eaten all day.  Hmmm...not good.

No wonder I felt like crap with a capital "C". I had a headache. My joints signalled the weather change. I felt fatigued and was content to park my butt on the couch. Now 50,  I was feeling much older and in recent month been prescribed blood pressure medication as well as acid reflux medication by my doctor.

Some of my habits had now caused me to take medication to live a "normal" life and I knew that if I continued at this pace I'd also be on cholesterol as well as other medication. Everyday, I saw people coming into the hospital with mobility issues, breathing issues and other health conditions because of the same things I was doing.

This scared the shit out of me and shook me to the core. It was that afternoon I stepped onto the scale after five years and as the digital reading appeared, I cried. It wasn't -- How did this happen but, How did I* allow this to happen!?

Sharing this is not one of my proudest of moments but I do believe in transparency and a public declaration of my goals in order. You see, I then need to be accountable to whoever the readers of this blog will be but most importantly myself!
Posted by onesmartcookie at 8:34 PM No comments:

I started my juicing journey because of someone else. I thought it was a healthy way to eat, I wanted to act as support for another person and I thought it would be a win-win for both of us. Unfortunately, that person has chosen to dissappear and not wanting what I was offering. Shrug. So, I continue on my journey on my own. I was going to write.. I will continue on my journey but I am never alone. After that happened, I waivered but I am back on track.. 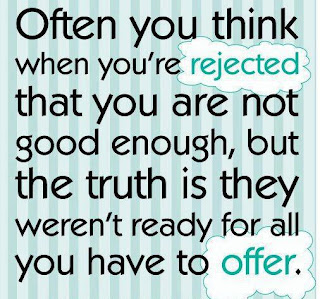 Nom nom. Very tasty! Had full serving of the juice for breakfast.

Forgot to take antibiotics early morning so made a small bowl of Bob's Steel Cut Oats with a tsp. of cashew butter. Yes, it takes 20 mins. to make but it is so worth the effort! I make a large pot and have a few days worth in the fridge on hand instead of grabbing a muffin on the way to work.

Personal stress has made me wobble a bit but I am not going to fall off track! I'm going to go de stress with a pedicure now.. 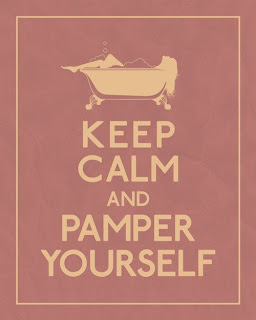 My first day back to work after being off for an entire week. I was more than anxious to get back to work because being at home sick is not my idea of fun. I had a bad case of cabin fever. I knew that a pile of work awaited me and I would have many loose ends to tie up before I could start my regular day!

So how was I going to incorporate what I had been eating at home for a regular day at work? 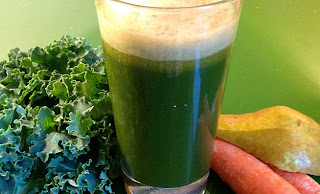 The night before, I made Winter White Juice which was very different because one of the main ingredients was Fennel. My Dad had grown Fennel in his garden and I loved the licorice smell but never thought of  actually eating this odd veggie. The nice thing about the www.rebootwithjoe.com is that with each recipe there are substitutions so, if you don't like a particular item there are alternate suggestions. I didn't have Barlett pears but I did have apples so I used those. I have been on a ginger kick because of troubles with digestion due to antibiotics so I put some into the juice. When tasting it, the ginger overpowered the more subtle taste of the other ingredients. So, when trying anything new, be prepared for some experimentation that don't work. I took it in a sealed Mason type glass jar and stored it in the fridge to be consumed that day. 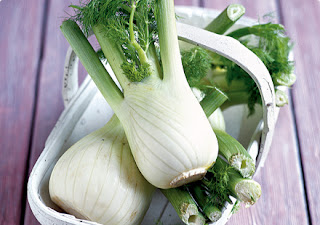 Before leaving to work, I had a serving of Green Carrot Ginger Juice which held me over until a break in the afternoon. I also packed two 2 liters of water with me as well. I usually, drop by the drugstore and buy bottled water to have at my desk so I saved myself $3.00. By drinking the juice, I also skipped my normal Americano Coffee and Muffin which saved me another $5.00

I was spending $100 a month on coffee and muffins!

Dinner. 4:00 PM  I had tried other Smoothies before and usually choose the fruity ones. Not many healthy choices to choose in the food court so I was excited when I saw that the Pita Pit in the mall was now carrying "healthy" smoothies. Pure Blenz. I chose the Metabolic which had Kale, Berries, Apples, Banana, Wheat Grass, Blue Algae, etc. I asked her to add ginger to give it a bit of a spike. I watched as she took items out the freezer and the blender hidden around the corner as if it was a secret what was going into the blender. I tasted it and it certainly didn't have the nutritional punch or taste that my smoothies at home had. It was ok. I might give the smoothie another try when I am in a pinch. Normally, I'd buy a meal in the foodcourt with water. This cut my cost in half.

After Work: Hungry. I admit that many times through Christmas that I created some horrible habits. One of them became the drive through. Too tired to cook. Too hungry to think about what I was going to eat. So, I went straight home and made the Goji Goodness. I substituted the banana and avocado with oranges and apples. Delicious! In a pinch, this could be made and frozen over night. A slow thaw for a healthy lunch. 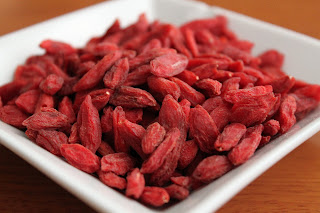 The other snacks I had through the day was rye bread with Cashew Butter  and 1/2 cup of cottage cheese mixed with cinnamon, apple sauce.

Posted by onesmartcookie at 8:17 AM 2 comments:

Some of my writing is published here.

onesmartcookie
My name is Christina. I have been overweight my entire adult life and have now decided that I want to live a healthy and active lifestyle. My blogs will follow my journey.